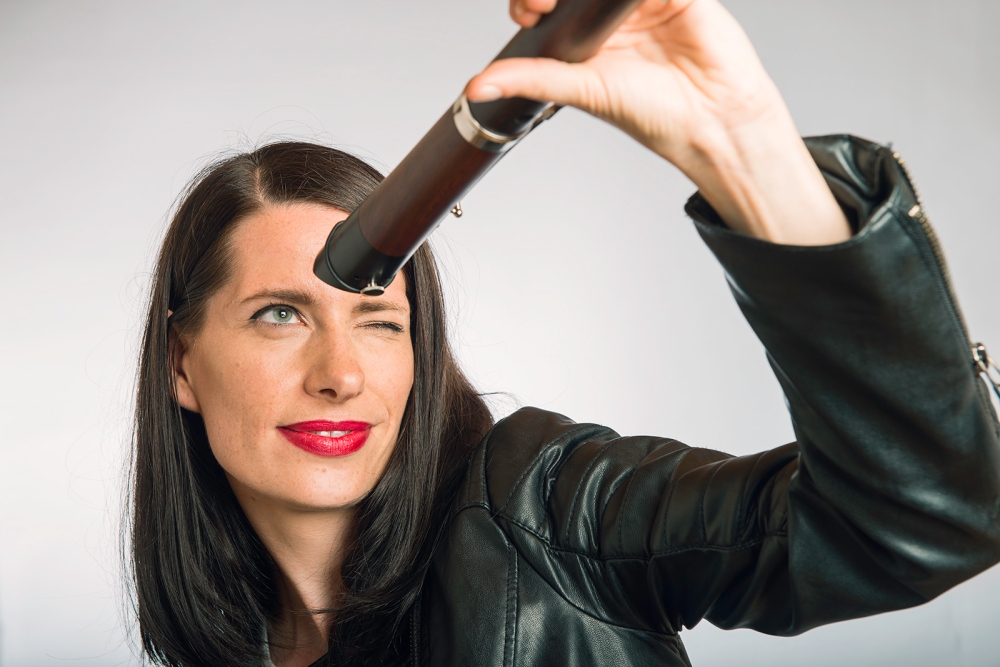 The recorder in the 21st century:

The Helder Tenor at the Intersection of Research and Practise

Thanks to professional recorder players and the high quality of recorder making as well as the constantly growing repertoire, the recorder is increasingly more present in the classical music scene. However, it is still regarded as an exotic instrument and very often used in uncommon settings or as special effect. This fact marks the actual starting point of my artistic research and leads me to the questions: which role can the recorder take on in the 21st century? How much will new recorder models enrich repertoire, playing techniques and the performance practise of recorder players in the future?

From the middle ages on, the recorder had many different forms of appearances and was always adapted to the sound worlds of its particular time. Therefore, recorder players from today can choose from a big variety of instruments in order to perform in different styles and performance practises, and it seems quite logic to perform music from today on instruments from today. Taking into account discussions with several recorder makers from Europe as well as the activities of recorder player Johannes Fischer and my research so far, I come to the conclusion that the Helder Tenor is the innovation with the upmost potential and a very promising future.

The Helder Tenor was developed in the 1990s by Maarten Helder and is nowadays produced and developed further by recorder firm Mollenhauer. Unlike other recorders, it is capable of significantly varied and expressive dynamics over an extended and strong sounding note range. This is something very natural for modern orchestral instruments, but very extraordinary for the recorder. On early music models the performer can work with certain tricks and techniques but will always be confronted with its limitations when it comes to certain performance practices. In terms of method, extended techniques and performance practise we are still at the starting point and there is a lot to explore, to fathom and to document.

On the one hand, my research is based on the practical approach through a soloist and chamber music context. Literature needs to be found, but there will also be a lot of space left for experiments and improvisations. On the other hand, I will approach the instrument from its historical development with the focus on instrument making, performance practise and socialization. If my research is completed successfully, I will have developed a new generation of the Helder Tenor, I will have found and documented a new performance practise as well as extended playing techniques on the Helder Tenor, and I will have created a new repertoire for the Helder Tenor. The recorder will be presented as a miscellaneous soloist instrument and the knowledge and interest in it internationally expanded.